March 14, 2011by Implementek in Uncategorized

Although without a boat, no money and no sea Branislav Erac and Ozren Tosic are winning medals and outfighting twice younger competitors.

For the first time in history, Serbia had a representative this year in the oldest regatta in South America, the most elite Olympic sailing discipline. At the end of January, on this regatta, held in Rio de Janeiro, sailors Branislav Erac and Ozren Tosic decided to, despite all the obstacles, “cross the poles” with the best. Although not going to make a result but to “examine the ground” they made a huge success – they came third. Two competitors, both born on the shores of the Adriatic, fell in love in the sea and wind in their early childhood. After many adventurous years (pirates and sea snakes are just a few of them), competing and medals won, today they are making their best to be a part of the 2012 Olympic Games. (Source: Men’s Health).

It is our pleasure to present the new website for the Serbian sailing team consisting of Ozren Tosic and Branislav Erac. The whole project was designed as a support for the senior duo to present themselves and find sponsors that would support their participation on the London 2012 Olympic Games. Experienced masters had high hopes while presenting and defending the colors of their country in the sport that is not so popular here. We are proud to have played a part in this project and supported this initiative. 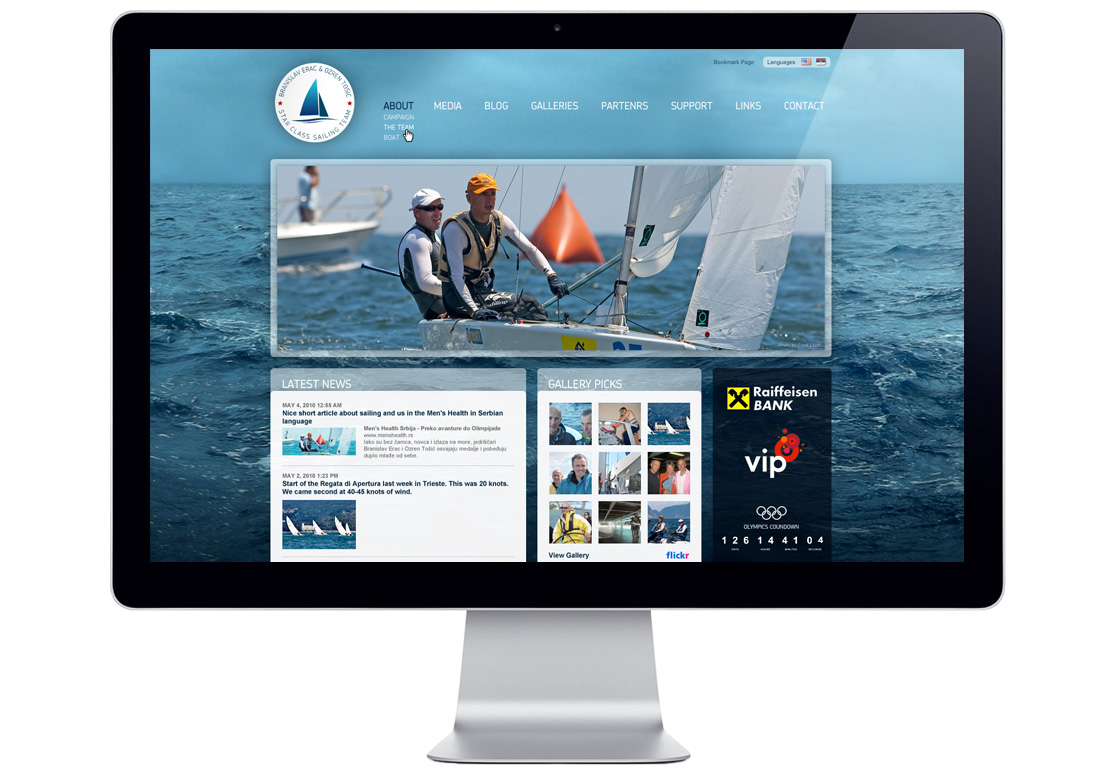 Tell us about your next project and find out what we can do for you. Request a Quote

Browse the awesome works in our portfolio and get inspired.
View Portfolio